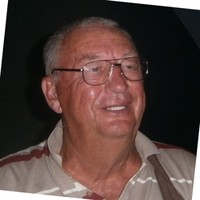 The Abbotsford Soccer Association is saddened to learn of the passing of Barry Crocker, whom many would call the ‘Founding Father of Abbotsford Soccer’.  ‘Crock’ will be sorely missed by the entire soccer community.

While Barry was a driving force in many soccer circles, including Canada’s national team, provincial soccer, and the Whitecaps, we in Abbotsford will always remember him for turning a small local association in the Fraser Valley into one of the top-ranked clubs in the country.

Barry was a true visionary, hiring Colin Miller in early 2000 as one of the first professional Club Head Coaches in the country.  This hiring heralded a steady growth of the Abbotsford Soccer Association and included the development of the School of Excellence, involvement in the Super Y League, and attracting other coaches and players to the club.  His dedication to, and passion for, the game of soccer in Canada is simply legendary.  It was not unusual to see Barry out coaching, chatting up potential coaches, sharing countless stories, watching games, talking with parents, and searching out sponsors to further the game.  Added to all that, he’d also be the one lining the fields, putting up nets, and making sure all the kids had enough uniforms and balls for a successful season.

He truly believed in the development of soccer and providing opportunities for players from the grassroots to the elite levels of the game.  His enthusiasm for building the game in Abbotsford was infectious and he attracted top-flight coaches to either join the club or dedicate some of their time to training volunteer coaches and work with the players of the Abbotsford Soccer Association.

When people talk of Barry Crocker, the words ‘visionary’, ‘dedicated’, ‘enthusiastic’, and ‘kind’ are used.   Barry’s ‘retirement’ took him to Mexico some years ago.  There he and his wife, Emily, got involved in the local soccer community, again providing opportunities to play ‘the Beautiful Game’.

We asked some of the soccer folks that knew Barry to share thoughts on his impact on soccer in our community.  Just as there were no short conversations with Barry, so there are no short memories or lack of stories.  He was truly a force, a gentleman, and a dedicated, humble student and builder of the game.

Crock asked me to be the Head Coach of ASA in 1997 while I was still playing for the National Team and professionally in Scotland. He was so far ahead of his time at this point to have the foresight to hire a fulltime club head coach. I believe the ASA was the first club to hire a professional head coach. I told him that I had years to go before thinking of retiring but, as it worked out, it happened three years later so he must’ve known I didn’t have much of a playing career left!

Getting into a car with Crock driving was always an adventure! His license plates should’ve had the words “sorry” written on them as he was always apologizing for his maneuvers and his variation of speeds! One minute on the highway he could be doing 50/60kms then seconds later be doing 140kms! It was a genuine experience. He managed to cover all lanes in one drive whilst drinking his coffee with no lid on it! It’s fair to say there were a few spillages during his driving.

His love for the kids he was coaching or watching was incredible. He wanted the kids to have fun and simply enjoy the game. The time he devoted to ASA was incredible. He owned a physiotherapist clinic in Abbotsford and probably spent more time working and overseeing ASA than he did with his own business. He actually told me the amount it probably cost him each year, but he wouldn’t have had it any other way. To see how the club progressed pleased him so much. He would talk for hours about the game and everything to do with ASA. He was so proud of the people that we were surrounded by that helped develop the club into one of the best in Canada. He was always respectful and so generous with his time if someone had a question. So many clubs now follow the lead and vision he nurtured here in Abbotsford.

He will be sadly missed by so many. A true gentleman, friend and ambassador for ASA.

I first met Barry in 1978 when we both started working at the Vancouver Whitecaps.  That began a lifelong friendship.  We worked side by side with both the Whitecaps and Canada’s National teams.  His knowledge of the game was way beyond what you would expect from a physiotherapist.  We shared the same philosophies and learned the game from some of the best in the business.

Barry tried persuading me to come out to Abbotsford to coach a U17 Boys team.  As I lived in Coquitlam and worked in North Van, I turned him down a few times.  Barry being Barry finally convinced me to give it a try.  I ended up coaching with the ASA for 6 years, winning back-to-back national championships with that team.

Barry was a visionary and way ahead of his time.  His hiring of Colin Miller as the first full-time Club Coach led the way for all other clubs.  The ASA was held in high esteem by clubs all over Canada due, mainly, to Barry’s dedication and enthusiasm.

Barry cared for all of the people around him and I know for a fact that he quietly subsidized families that found it a struggle to pay for registration and trips to tournaments.

He was the kindest and most caring person I’ve ever met.  He was also notorious for his ‘Crocker Tours’ where he would book the cheapest flight, often get us lost, and dining in some fairly interesting places. All in the order of keeping costs down while providing top experiences for players and coaches.

My career as a coach has been an extensive one, coaching with various teams at all levels, both amateur and professional.  I’ve met a lot of wonderful people along the way and made some incredible memories.  I can honestly say, though, that my most enjoyable and rewarding times were with Barry Crocker and Colin Miller at the Abbotsford Soccer Association.

Barry was my hero.  A true gentleman, warm-hearted, friendly, and kind.  I will miss him dearly.

Barry was a true visionary and knew how to develop the game of soccer in a community like ours.  He helped develop a club that was truly admired by others and, with the hiring of Colin Miller, established the foundations for how clubs would operate in the future.

I was honoured when Barry approached me to help coach in the club and, here I am 23 years later, as club president.

I will dearly miss Crock and all his Crockisms…..

Never a dull moment with him around.

I recall the first meeting I had with Barry, as Head of Youth Development at Grimsby Town FC, in the fall of the 1998/99 season. A friend of a local youth scout working for me at the time, Barry wanted to bring his son Sean and two other youth players (15/16yr old at the time) to GTFC, from Canada. Growing up in a village 30 mins outside of Grimsby, Barry had supported GTFC as a kid and was wanting to have these young boys see ‘behind closed doors’ on a trip back to his hometown.

Barry shared his thoughts, ideas, and vision for his ‘small club’ back in Abbotsford, BC, and that he suggested I visit Abbotsford in the Summer and he would arrange a camp for me to coach & scout for potential players. This was done in the summer ’99.

At an evening BBQ at Barry’s house, the current Board and close parent supporters were invited to attend and meet with me. Discussions and talks ensued with a concluding commitment for Barry/ASA to arrange a spring break trip for a team to visit Grimsby the following season.

Following the appointment of Colin Miller in early 2000, Barry, Colin, and a group of players, coaches, and parents visited GTFC in March 2000. –  I believe this was the inauguration of “Crocker’s Tours”!

At the conclusion of the 10-day trip and by way of cementing the relationship between GTFC and ASA, I donated a full set of kit (uniforms) from the Youth dept, to ASA.  The Abbotsford Mariners were born.

The rest, they say, is history!